Pastor Jabar, born and raised in the  SAN FRANCISCO  Bay Area of California, did not grow up in the church.  He experienced a hard life on the streets, yet had always been extremely intelligent and a high achiever.  Coming from a  BROKEN  home, he was always searching for truth,  IDENTITY  and acceptance.  The search for those things drove him to all the wrong places as well as places of preparation like the US Marine Core.  He was fearless when it came to what he believed in wholeheartedly, yet that  ZEAL  had always been misplaced.  The Lord pursued him his entire life, calling him into a  LOVE RELATIONSHIP  with Him.  After surviving several near death experiences, alcoholism and countless other mercies, he saw Jesus for the first time in the pastor of a small church in the coastal mountains.  As soon as Jabar prayed and surrendered his own will, the Almighty God overpowered him with his  CONSUMING LOVE  and deliverance.  After a long intense encounter with Jehovah, there was nothing left of his old nature.    For 2 Corinthians 5:17 says, “Therefore if anyone is in Christ, the new creation has come:  The old has gone, the new is here!”  Pastor Jabar’s testimony was featured on  CBN, 700 CLUB INTERACTIVE,  in 2013.

That was 11 years ago.  He walked away from his entire life to  FOLLOW CHRIST,  his new wife by his side.  Starting brand new, they had little to nothing, but God miraculously provided provision all the way through.  Jabar started a smart home engineering company that became one of the most talented and respected home integration companies in the San Francisco Bay, all the meanwhile pastoring and evangelizing everyone around him.  As he and his wife, Janelle, grew their family, it became increasingly difficult to balance the rat race of the Bay Area with the call on their lives to disciple others full time.  They decided the summer of 2017 that they would sell the company and their dream home they were under mid construction on to move to  EAST TEXAS  in order to pursue the full  CALL OF GOD  on their lives.  It was a huge mountain to climb yet in January 2019 everything finally fell into place; they took the leap of faith and moved.  Shortly after they gave birth to their 4th son, and following that took off to Kaduna, Nigeria to complete his pastoral training.

Those who know Jabar intimately would rave that if you needed a  SOLDIER ON YOUR SIDE  to long suffer with you, speak truth to you and never let you go Jabar would be the pick.  Investing in others lives to see them set free and living victoriously through Christ Jesus is all he lives for.

If Jabar’s the lemon, Janelle’s the  GRAPE.  If he’s the surgeon, she’s the  NURSE.   Coming from 2 entirely different backgrounds they come together like a  UNIFIED  puzzle, giving strength to each other’s weaknesses.  Janelle grew up in a strong Christian home and went to bible college, but didn’t completely surrender her life till shortly after she had seen the power of God  TRANSFORM  Jabar’s life.  She received her BA degree in film and had begun pursuing her career headstrong in mainstream media before God called her out of it for a time of spiritual preparation.  She and Jabar have helped plant a couple churches together, including their house church in California.  She has a strong apt for  ADVENTURE  and  FUN, yet nothing has been more excitingly adventurous than being on the front line with Jesus rescuing souls and seeing people  GET SET FREE.   Jesus says he came so that we may have life, and have life abundantly! (John 10:10)  She is also excited to lead the creative direction of Saints & Soldiers.

Together they raise and pastor their 4 sons, Makarius, Josias, Gideon and Jericho.  As a family they are always looking for a new adventure or people to do life with, whether that be in their backyard or halfway around the world.  PASTlong

Come do life with them! 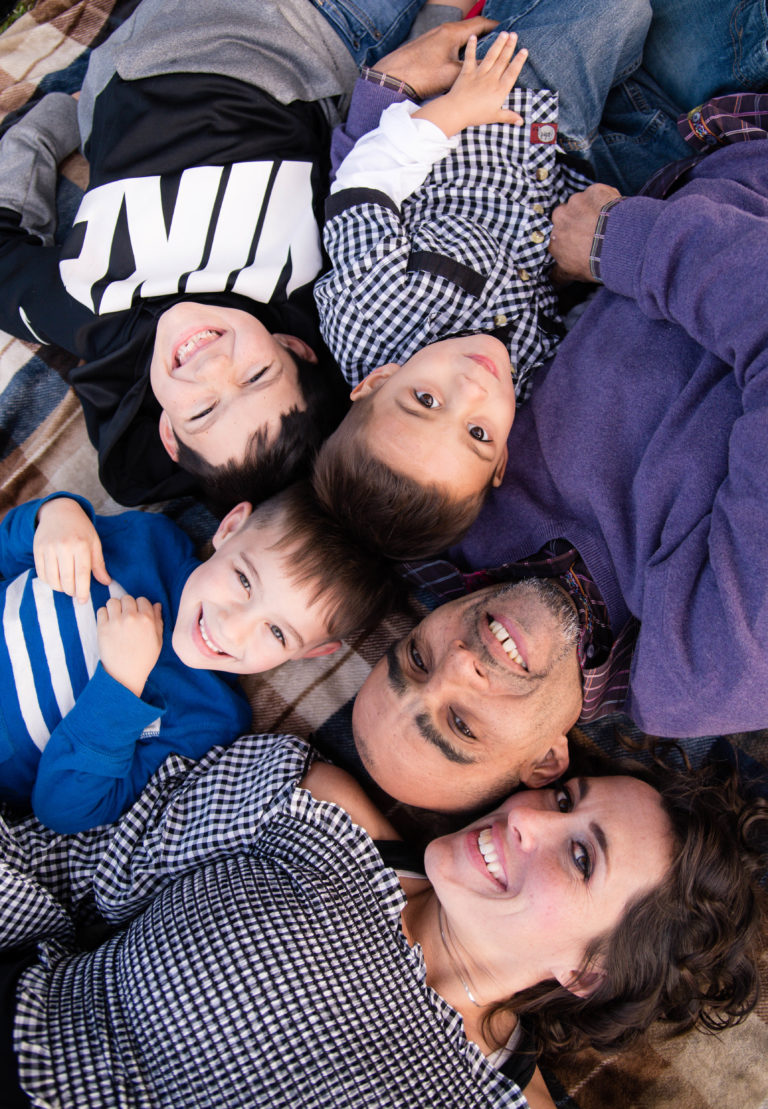 We were not designed to be isolated; we were built for relationship.  Jesus did life with his disciples, and it changed the world.

We can choose to sit under talking heads, however faith without works is dead.  (James 2:16-17)  It is necessary we take initiative to walk these things out that we are learning alongside our brothers and sisters in Christ.

The revelation of Jesus Christ’s love for us individually helps us to be able to love one another.  We commit to being whatever an individual needs along the journey through the wisdom and power of the Holy Spirit, instructed to us by the Holy Bible.   We “become all things to all men so that by all means we may win some” as Paul exemplified.  We are more than a church community, we are a family.

It’s important to us to facilitate a safe place for people to be themselves, speak freely, and have a conversation with us.  Worship gatherings will not just be a talking head, but a place where we can discuss, edify the church with each other’s gift mixes and pray for one another.

To build up the body of Christ, making disciples who make disciples of all nations.  To help individuals understand that Jesus isn’t just our savior but our Lord.

The global body of Christ maturing past the cross, getting victory in every area of their lives.  Christianity isn’t a religion; it’s a love relationship with God.  We will see people experience the Power of God in its fullness.

LIFE CHURCHES will be planted locally and globally, with one headquartered life church in the Senior Pastor’s home, bringing together collectively all the regional communities on a monthly basis.

We commit to LOVE on others extravagantly…  To TRANSFORM people’s lives through the redeeming power of the Father, the Son Christ Jesus and the Holy Spirit…  To EQUIP the saints with every spiritual tool they need to receive healing, be set free, overcome darkness and live life abundantly… And to help saints discover their call and purpose on this earth, one day to be SENT out.

COME DO LIFE WITH US

"And let us run with perseverance the race marked out for us, fixing our eyes on Jesus, the pioneer and perfecter of faith." (Hebrews 12:1-2)